Marshall Gibson is 22 years old has been wrestling at the Mt Maunganui wrestling club for 5 years. In this time he has achieved 7 New Zealand National titles and 3 Oceania titles and has incredible medals are on display at the Greerton clinic! He has also, wrestled in various countries including Australia, Samoa, Guam, and America where he did a tour of Indiana and Oregon.

We first met Marshall when he was playing rugby for Greerton Marist Rugby this year and hurt his shoulder. During a comprehensive subjective exam (questioning) we quickly identified that his injury would be slow to recover due to his current gym programme and plans for his upcoming wrestling events.

Along with hands-on manual therapy we went through a full gym programme with Marshall and adapted every exercise for his individual body composition goals, retraining muscle firing patterns, optimising specific muscle strength and adjusting exercise combinations. We also discussed his weekly training schedule to make sure he had a good balance of specific training with recovery and cross-training. 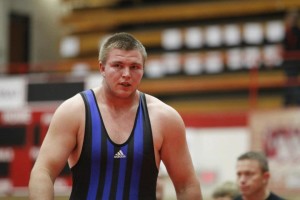 Marshall has worked very diligently inside and outside of the gym and as a result he has strengthened the stabilisers in his back and shoulders to compliment his already strong neck. Due to the nature of wrestling we have treated Marshall for a few more injuries this year including neck strain, AC Joint sprain and a sprained hip and thigh. It is very important to balance his neck and back strength to prevent future neck injuries with wrestling.

At the moment Marshall is training for his current goal which is to make the commonwealth games team in 2018. We look forward to working with him as he achieves his goals in the gym and on the mat.