There have been many studies over the years looking at the effects of protective equipment in sport and the impact on concussion. Particularly in rugby, in the form of mouth guards and headgear.  Here we take a look at what is in the research at the moment. 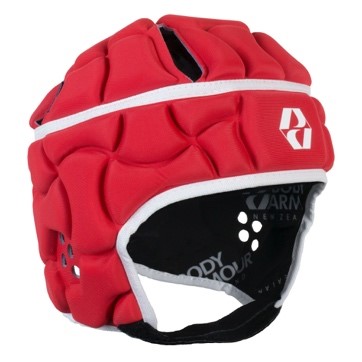 Headgear, usually in the form of a scrum cap may reduce the severity of a concussion received. This was found from a study on college rugby union players when compared with those who did not wear head gear (1,4).

Many more studies have shown this same result, that concussions occur whether you are wearing headgear or not, and at the same intensity.   It has now been found that the opposite is occurring. Some rugby players feel that it gives them confidence wearing headgear and they believe they are less likely to be injured and become more bravado with their approach to play.  Many headgear wearing players display reckless tackling behaviors which actually increases the risk of serious injuries, such as a concussion. 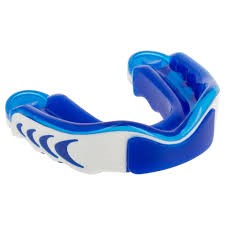 The effect of mouth guards on concussion has been well talked about.  We can all imagine the rapid impact of the brain and the beginning of the spinal cord against the hard skull which causes the concussion.  It can also be caused by the lower jaw being driven against the skull where the joints are located.  The proposed benefits of wearing a mouth guard was that it changed the position of the jaw so that when the impact occurred, the mouth guard would reduce the force into the skull.  Previous studies have theorised that mouth guards can help absorb shock, stabilize the head and neck, and limit movement caused by a direct hit to the jaw.

Although there is yet any thorough guidelines and data on the consistent benefit of mouth guards, there appears to have some evidence on the use of them as a reduction in the risk of concussion.  There are also no obvious negative outcomes other than them being uncomfortable when the athlete is first trying to get used to them.  Mouth guards are mandatory in NZ rugby after a significant reduction seen in ACC rugby related dental claims.

It is difficult to eradicate the risk of concussion in high paced, hard hitting, strong contact sport and research is still ongoing with regards to the benefits of external aids to help reduce the impact or severity of such an injury.